Solution to the problem of arranging 8 queens on a chessboard such that they donot attack each other.

The 8 Queens Problem : An Introduction

8 queens is a classic computer science problem. To find possible arrangements of 8 queens on a standard \(8\) x \(8\) chessboard such that no queens every end up in an attacking configuration. Now, if one knows the basics of chess, one can say that a queen can travel either horizontally, vertically, or diagonally. Hence, for 2 or more queens to be in an attacking state, they have to lie either horizontally or vertically or diagonally in-line with the other queen. The figure on the left illustrates that what all are the attacking positions with respect to a queen. As seen, the attacking positions are those where in the queen can move either horizontally, vertically, or diagonally along the chessboard.” \(OK\) ” resembles the chessboard square which is considered a safe and non-attacking position. Whereas the one marked with an ” \(X\) ” is an attacking placement. The figure on right, shows one of the possible arrangements that serve as a solution to the 8 queens problem. 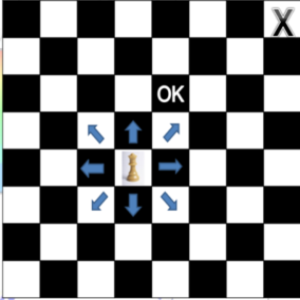 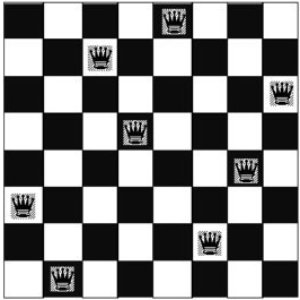 Images taken from chegg.com and indiamedic

First, a bit of Biology…

Yea.. I know,. Why Biology ? Well, get used to the hard truth. Most of our intelligence algorithms are made by ripping off nature. Be it neural networks or simple fibonacci sequence, our great mathematical models are merely a derivative of nature. But this does not make it any less valuable. Rather as my friend says, “Math is the universal language”. (I hope he reads this article) So yea, a bit of biology.

Let’s begin with basic cells and their multiplication and some genetics.

Consider 2 cells. Each cell has something called as pairs of chromosomes. A chromosome is what carries the genetic traits. The pairs and number of chromosomes isin’t much of relevance. What is important is how the process of cell production causes the genes to propagate into an offspring. This method is called as meiosis. Well, there’s another way called as mitosis, but in mitosis, there is no genetic diversity that is being propagated (Explained later in post). Till now we have established that the cells contain pairs of chromosomes. And that 2 cells are required for essential cell division.

Given below is an illustration as to how the division takes place. (Image taken from askabiologist.com) 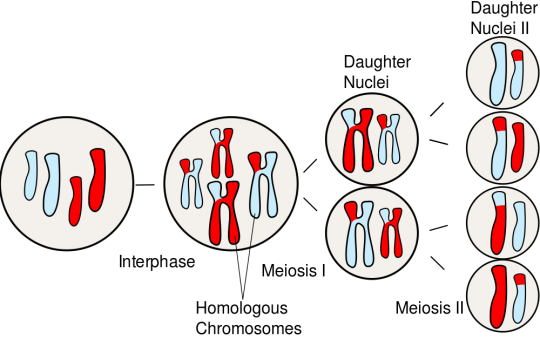 Crossover - In Detail: When 2 cells meet, the respective chromosome from cell1 and cell2 come together and mix. The mixing involves random parts of chromosome1 to get over-written by chromosome2. And the same in case of chromosome2. Hence, we are left with an inter mixed pair of chromosomes. Since chromosomes are carriers of genetic material, when there is mixing and intermingling of 2 chromosomes, there is also creation of new genetic sequences. Hence, this ensures genetic diversity. The formation of a more dominant / enhanced trait or a relatively sober trait can be attributed to such crossing over of chromosomes. Once crossover is through, the new offspring contains mixed characteristics for both the parents.

Then what is mutation ? : In rare cases, when the crossing over causes some unexpected trait to be formed. This is termed as mutation. Statistically, mutation is very rare. A common example for mutation is cancer. Mutation can be either good or bad. Even evolution is a result of mutation. Single celled organisms have mutated to form multi-celled organisms and so on ….

Now where do we apply all this biology ? Just as we have an offspring which is equivalent to a weighted addition of the characteristics of the two parents, similarly, a chessboard with a certain arrangement of queens can be said to be an offspring of 2 parent chessboards that may have similar arrangements. For example, suppose we have 2 parent chessboards (C1 and C2). And on reproduction, C1 and C2 produce the offspring chessboard OC. Based on the aforemention biological evidence, I can say that

So any chessboard arrangement of 8 queens can be computed as selections of certain arrangements from C1 and C2. Thereby, asserting the fact that I am creating OC through random probabilistic selection and not any pre-processed criteria. This is strictly following the model prescribed by nature. By keeping everything random, we are essentially replicating the random “crossing over of genes” that occurs in cells.

Above is a simulated evolution algorithm that mimics production of offspring generation from a given population. The population refers to the possible inputs.The population can be defined as simply a collection of many individuals. So it simply means, all possible arrangements of the queens on a chessboard. Consider this. Just as every human being can be defined by the presence of characteristics, any solution to the 8 queens problem can be defined by the placement of the queens in non attacking arrangements. Hence, each parent is a chessboard having some arbitary arrangement of the queens. Moving on, every individual can be regarded as a strong offspring or a weak one. We measure stregth of a human offspring through physical strength, immunity, etc. Whereas in the case of 8 queens, the fitness of a board arrangement can be considered as the number of clashes that take place between the queens. So the measure of fitness of any individual (chessboard arrangement) is attributed to number of clashes amongst attacking positions of queens.

Fitness fn : I said that the fitness fn is proportional to the number of clashes amongst the queens. If seen, there are 28 clashes possible in an 8 x 8 chessboard. Therefore, if an individual has high fitness, I can say that it will have lower number of clashes.

Then, any individual with the maximum fitness will be having least number of clashes.

You can checkout my implementation here

As seen, each board position contains a sequence : the arrangement of queens on the board. A fitness value ( as discussed above) and a survival value. We need a survival value simply because evolutionary primitives say so. According to Darwin’s theory, ‘Survival of the fittest’, each parent (board position) has to be able to survive. This survival influences the ability of the parent to reproduce.

To determine clashes, each queen has to be checked for

Parent selection is quite straightforward. Simply selecting 2 random - non equal parent will do the trick, but is very inaccurate and time costing. Hence, by using the survival function, elimination of weaker parent can be performed. Eventually, the parents left will be ones that are more likely to produce a fit offspring. Analogous to biology, two dominant traits will more likely produce a dominant trait cause it won’t matter which of the dominant trait is selected.

Once two parents are selected, the proceeding part is crossover. Crossover involves selecting a part of parent 1 and concatenating it with parent 2. Why … Because our chromosomes do so. This selective addition of chessboard board sequences will create an offspring that may have one of these three characteristics

Any of the three cases is still capable of producing a next generation. The only difference will be regarding the probability of that offspring to yield a substantially fit offspring.

The above illustrates the entire flow from initial population to fitness function calculation, to selection to cross-over and finally mutation. Note : Mutation may or may not provide with the solution.

How to interpret input and output sequences:

Well, it seems that such an algorithm will keep producing offsprings and again their offsprings. When to stop. In my implementation , I’ve kept a limit of iteration. This is just for purposes of conviniece. However, at anytime, the most optimal solution can be described as the most fit board position. 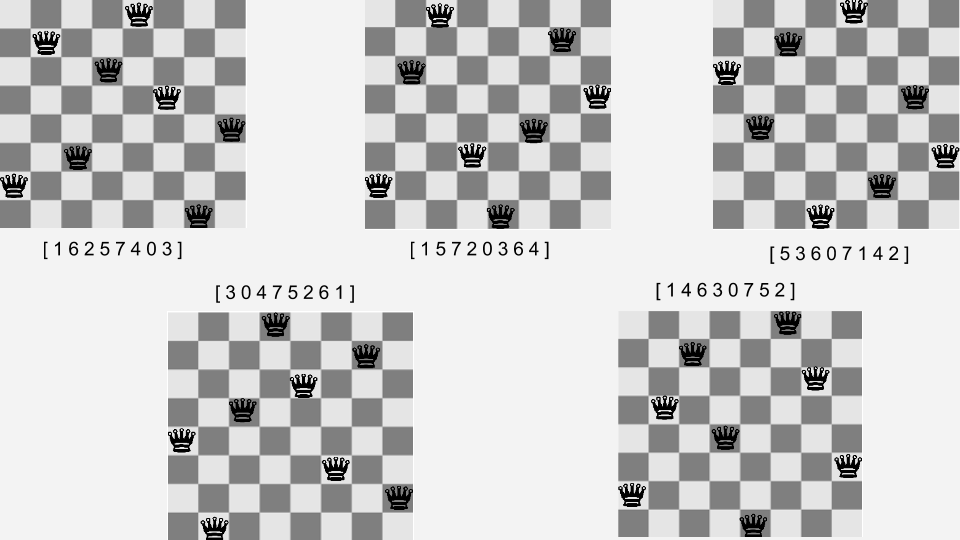 You can check out the code at Github.